The project unfolds as the first physical meeting between the people who make up the group, who only know each other and have worked continuously through the screens of their respective devices. Zoom meetings, Google Drive documents, phone calls and WhatsApp messages give way to the meeting as the horizon in which the energy that travels from one screen to another materializes. This meeting occurs at the closest geometric midpoint communicated and marked on a map of Gran Canaria. inter is the space resulting from drawing three personal proxemic circles in that precise location; inter becomes a place name to designate that interstitial space, turning it into a place and thus exploring the possibilities of producing memory in a foreign space. Broadcast live via streaming video and GPS positions, the meeting takes shape as a performance that runs parallel to the opening, confronting both physical and virtual geographies and distances in real time. 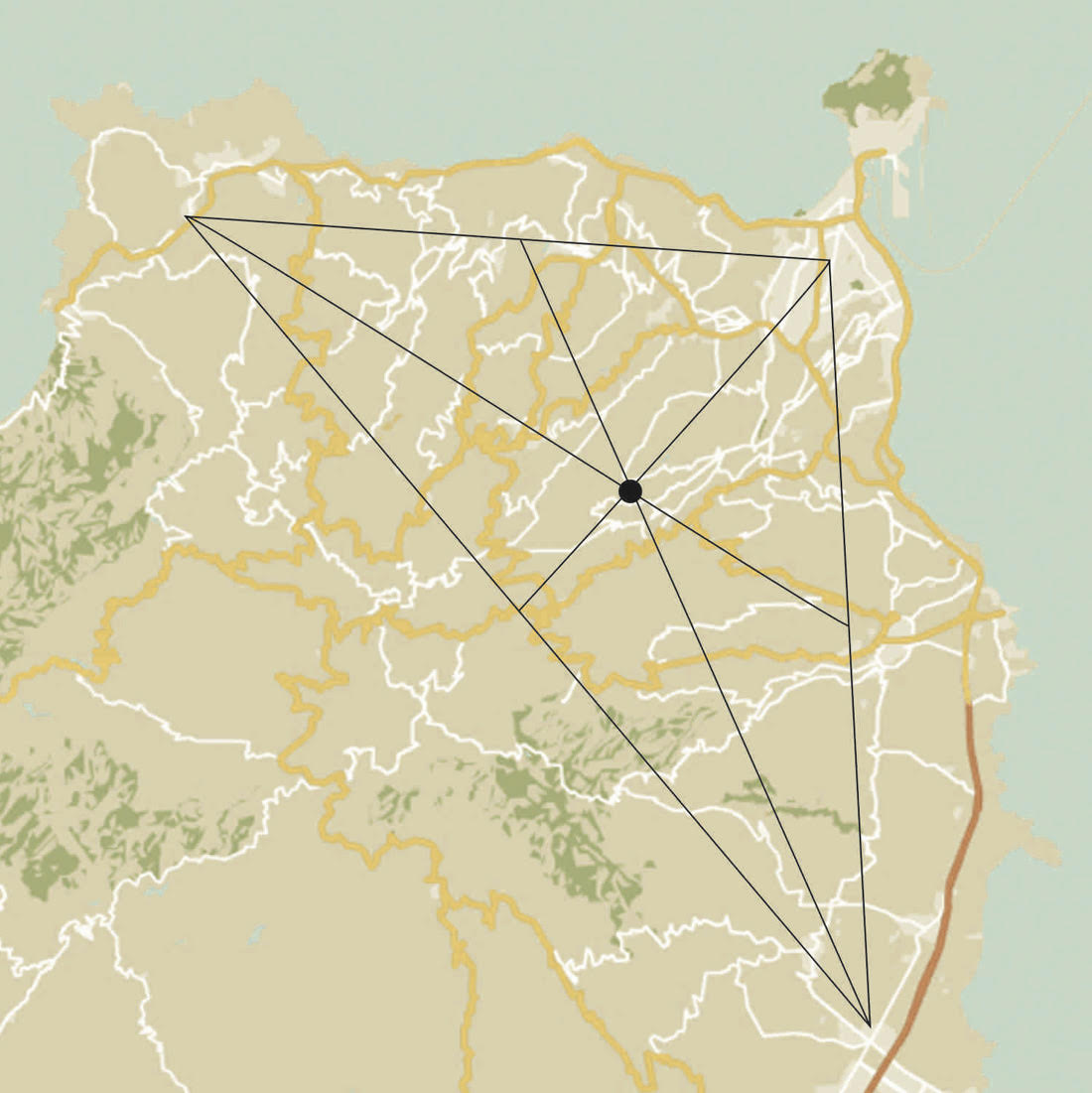